I was invited by ReCAAP (Singapore) to give a lecture on “United Nations Convention on the Law of the Sea (UNCLOS) in connection with piracy and sea robbery” on 27 Sep 2017 (Wednesday) afternoon in Singapore. This was the second time after my first one in Cambodia. 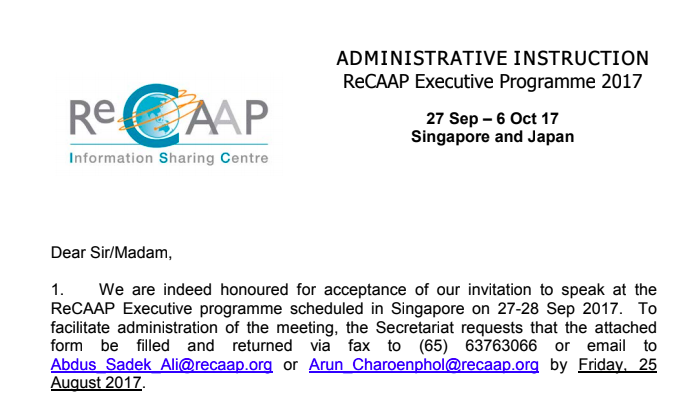 It was fun. Another great opportunity to network with important people in the field of maritime security in the region. I really hope that this can be a regular program where I can contribute my knowledge and also learn from different people.

END_OF_DOCUMENT_TOKEN_TO_BE_REPLACED

SEAMEO RIHED invited me to be a keynote speaker at a conference held in Jakarta on 4 April 2017 on on Curriculum Structure and Development for Southeast Asian Higher Education. Here is my abstract:

END_OF_DOCUMENT_TOKEN_TO_BE_REPLACED 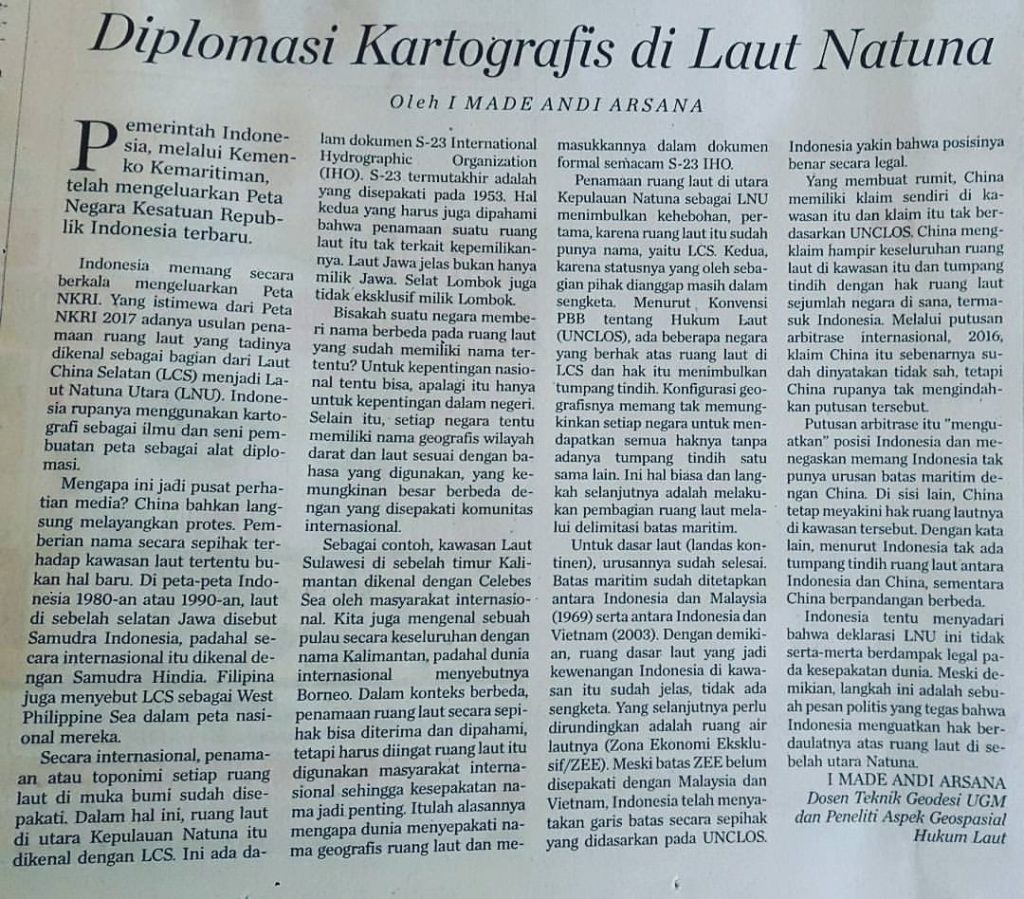 END_OF_DOCUMENT_TOKEN_TO_BE_REPLACED

Universities in ASEAN have been collaborating closely to encourage students mobility around ASEAN member countries. Member of a consortium, ASEAN University Network (AUN), with more than 30 members, are in close collaboration to make the idea a reality. We already have our credit transfer system called ASEAN Credit Transfer System (ACTS), where within the framework, students from ASEAN can study in different universities in ASEAN and the credit of subjects they take will be recognised by their home university. Universitas Gadjah Mada is a party to that system.

On 3 to 4 July 2017 I was assigned to represent Universitas Gadjah Mada in my capacity as the Head of the Office of International Affairs in a meeting in Phnom Penh, Cambodia. We discussed the progress and development of ACTS and each university had to present reports illustrating how they have implemented ACTS. It was interesting to observe that mobility of students in ASEAN needs a lot of improvement. We need more students traveling among ASEAN countries in order of young people to understand each other better. We are now facing ASEAN Economic Community so we need to collaborate. Collaboration without mutual understanding is impossible.

Btw, it was my second visit to Cambodia and it was fun. My message to ASEAN students: travel more and know your neighbours, please 🙂

I have known a lot of people. I have a number of friends in the government at the national level and even international. However, I had no friends in the Government of Tabanan, a regency where I was born. I thought there must be something wrong. I did not feel right when I realised that I have been invited by a lot of people to share my ideas and expertise but have not received  any request from the Government of Tabanan. I had been invisible to them this far. 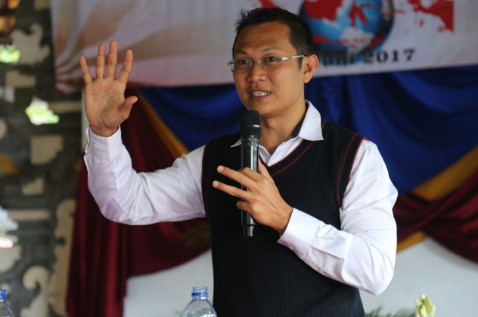 Until one day. Through a friend and relative, I was connected with a member of Tabanan Parliament (House of Representative). A good conversation led to an invitation for me to deliver a speech in Tabanan. After a long wait, I finally am intellectually connected with my home town, Tabanan. On 29 June I gave a presentation to one of the most diverse audience I have ever addressed. Challenging but fun. It turned out that my presentation was well-received. I thanks everybody!

Conducting community services or engagement is compulsory for every single student of Universitas Gadjah Mada (UGM) especially those in the undergraduate and Diploma 4 programs. Every year, UGM send around 7,000 students to remote areas all over Indonesia, covering 34 provinces and hundreds of regencies/cities.The students have to live with the community, literally living in their houses and live the life as how they live their everyday life. For most of the students, this can be a life-changing experience.

This year, I am assigned as a supervisor of a group of students conducting community services in Talaud, the northernmost regency of Indonesia’s. The island is close to Miangas, one of the most famous islands when it comes to sovereignty issue. From Jogjakarta, Talaud can be reached by three flights in around 15 hours. What a long journey.

I had an opportunity to visit the students on 23-37 June 2017. It was a very interesting experience since they were there during the Ramadhan. Yes, most of them were fasting and the village where they lived is a 100% christian village. No Moslem at all and that became a very rewarding experience for everybody. My notes in Bahasa Indonesia has been published at http://ugm.id/KKNTalaud

I was lucky enough to attend the celebration of World Oceans Day (WOD) 2017 at the United Nations Headquarters in New York. For the first time, WOD was celebrated as the main event of the UN General Assembly. The United Nations’ Division for Ocean Affairs and the Law of the Sea (DOALOS) managed to bring the celebration of WOD to the next level. Maritime Affairs and Fisheries Minister Susi Pudjiastuti was also at the event, accompanied by the Indonesian ambassador to the UN.